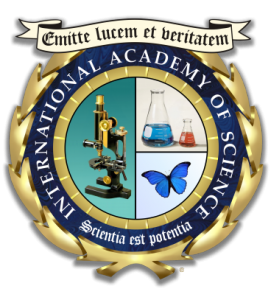 A Program of the International Academy of Science

Acellus Academy is a K-12 online private school located in Kansas City, Missouri. The school is owned and operated by the International Academy of Science, a 501(c)(3) non-profit organization.

Acellus Academy provides instruction online through distance education via the Acellus Learning System. Acellus, a program of the International Academy of Science, is an online learning system that has been used to provide primary instruction to millions of students in thousands of schools throughout the United States.

The online curriculum is taught by master teachers from across the nation that have been recognized for their expertise in both content material and conveying knowledge through video instruction.

As a distance education school, Acellus Academy serves a diverse population of students located throughout the United States and in some international regions, from nearly all walks of life.

Students who enroll in Acellus Academy are typically looking for an alternative to traditional school settings for a variety of reasons, such as a medical necessity, interest in more rigorous coursework, safety from bullying issues, a more flexible learning environment, and independent studies for students who have dropped out of school and need a second chance for success.

Acellus Academy high school graduates have been welcomed into top universities around the country. The school’s programs are flexible, yet rigorous, resulting in graduates that are motivated to achieve success and optimistic about their future.

Acellus Academy was established in 2013 as a private K-12 school to accommodate a rapidly growing number of students needing access to a fully matriculated distance education.

It is important to understand that the school grew out of a commitment that was made more than 30 years ago to improve student achievement, specifically in the area of math and science education.

In response to declining performance indicators nationwide in comparison to other industrialized nations, the International Academy of Science began a research initiative that culminated in the launch of the Acellus Learning System in 2001.

What became clear, as online learning became more widely accepted, was that there was a need for a K-12 school that would use the success of the Acellus Learning System as its matriculated core curriculum. Out of this clear need grew the establishment of Acellus Academy, which has enjoyed great success in both enrollment and student achievement since its inception.